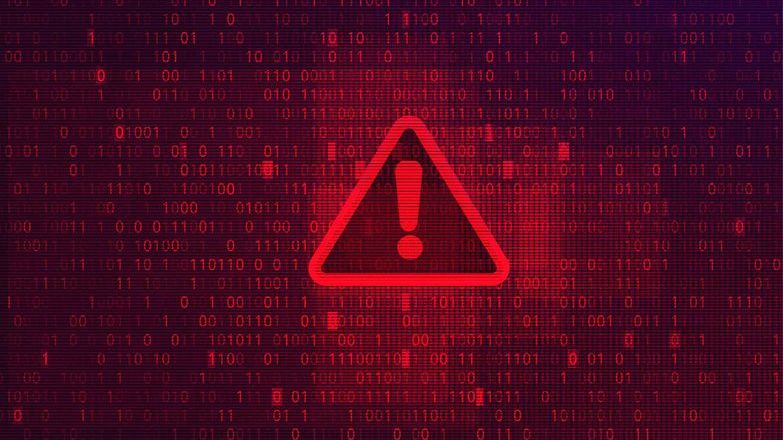 Small businesses can sometimes believe that they are at lower risk of a cyber-attack than a large corporation. However, cybercriminals do not discriminate, and will often follow the path of least resistance. The last 18 months have exposed certain areas of cyber risk where criminals have been able to take greater advantage of security breaches.

If the necessary protection and protocols aren’t in place, businesses could be wide open to a data breach or other cyber event – causing anything from a minor inconvenience to major business interruption, financial loss and reputational damage. Here are six of the biggest cybersecurity risks affecting businesses today.

Ransomware is a type of malware (malicious software) that locks users out of their computers and demands a blackmail payment to restore access. According to the UK’s National Cyber Security Centre (NCSC), these attacks have become more common since the start of the pandemic, and not just the large-scale attacks on big organisations that dominate the headlines.

Following an attack, the computer itself may become locked, or the data on it stolen or encrypted. Some ransomware will also spread to other devices on the network. Recovery from a ransomware attack is not a quick process – with data recovery, system rebuild, and investigation often taking weeks or months.

Despite the increasing risk, The State of Ransomware 2020, a global survey by Sophos, showed that only 64 per cent of organisations had cybersecurity insurance that covered ransomware in 2020, and there was little difference between large and small organisations when it came to the likelihood of being the victim of an attack.

Phishing is a common form of ‘social engineering’, where a victim receives an email or text message that may seem legitimate, asking them to click on a link that goes to a (sometimes equally legitimate-looking) website where they are then asked to provide personal information which can then be used for fraudulent activity.

Phishing incidents increased by 220 per cent during the height of the pandemic, compared to the yearly average, and according to Deloitte, 47 per cent of individuals fall for phishing scams while working at home. News about vaccine developments is being used for phishing campaigns as fraudsters are quick to jump on emotive trends, while attacks are also becoming more sophisticated and using different channels such as SMS and voice messages (vishing).

A Distributed Denial-of-Service (DDoS) attack is an attempt to crash a web server or online system by overwhelming it with data, making it unavailable to its users. The attack is usually accomplished through a network of remotely controlled, hacked computers, also known as ‘botnets’.

DDoS attacks are among the most common and most serious threats to businesses with a distributed workforce, and they are becoming more frequent. In the first quarter of 2021, there were 2.9 million DDoS attacks – a 31 per cent increase in the same period in 2020.

A business is never too small to be a target against a DDoS attack, and because they can consume all your network bandwidth, an attack could result in long-term downtime. As well as investing in IT security to help prevent such an attack, it is also important to have a recovery plan in place.

The migration of an existing infrastructure to cloud computing is a journey, not a one-off process. It requires significant planning, investment, and specialised IT expertise, and if not done correctly it can cause misconfigurations which can potentially expose data, allowing it to be misused. When the pandemic hit, many businesses made the digital transformation to cloud computing extremely quickly in response to lockdown restrictions, leading to security vulnerabilities.

The remote data access and storage provided by cloud services mean they will always be a target for cybercriminals, so businesses need to ensure they invest properly in migration, but also in access control such as ensuring secure passwords.

Third-party software is created by someone other than the manufacturer of the device where it is required to be installed. When permission is given to third-party apps and services to access information, it can weaken security and privacy.

Employees working from home and using their own devices may not be as savvy about network security as their company’s IT team, and therefore more likely to trust third-party apps. Installing this type of software can increase the risk of a device becoming infected with malware, giving cybercriminals access to contacts, passwords, and other personal data.

Working from home has increased risk levels for many businesses as their staff use home Wi-Fi connections that are easier to attack than the company IT network. In some cases, employees have been using their own devices, with network security controls, such as firewalls, unable to provide the same level of protection. In addition, employees may not take the required security precautions such as running an antivirus or anti-malware scan.

With home working becoming more acceptable for the foreseeable future, and around half the workforce still working remotely, businesses must ensure sufficient security procedures and protocols are being adhered to when staff work from home or other remote locations.

Email Gallagher’s dedicated team for Propertymark members or call them on 0800 288 4921 for further advice on insurance programmes, including cyber insurance.

Gallagher are Propertymark's official insurance broking partner, offering up to 20 per cent off professional indemnity insurance for members. If you would like advice on your insurance programme contact the dedicated Gallagher team.

The UK Government has launched a consultation on its strategy to reshape the UK’s data protection regime, which intends to reform current regulation to aid growth, innovation and competition, re-affirming the UK as a 'hub' for data-driven business.

How to resolve deposit disputes fast (or avoid them altogether)

As many agents will be aware, disputes over tenancy deposits at the end of a tenancy can cause frustrating delays and unexpected costs. Fortunately, there are ways to resolve common disputes quickly and avoid them altogether.