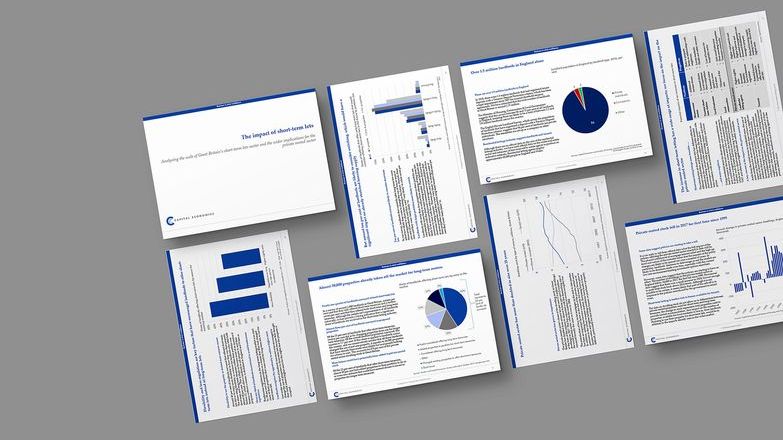 In partnership with leading research consultancy Capital Economics, we have taken a look at the scale of the UK’s short-term lets sector and the wider implications on the private rented sector.

The report reveals 16 per cent of adults have let out all, or part, of their property at least once in the last two years – equating to 8.2 million people. This suggests 4.5 million properties, the equivalent of 19% of the UK’s housing stock, have been used for short-term lets (24.2 million properties).

The findings show 16 per cent of landlords said they only offer short-term tenancies and a further seven per cent offer both short and long term lets. Of the overall landlord population, 2.7 per cent have changed from long-term tenants to short-term lets. If this share is applied to landlords across the country, this equates to 46,000 properties that have already been made unavailable for local people looking for a home. London saw a larger share of people (four per cent) who stated they had offered short-term lets on properties they previously used for longer term rentals.

Nearly half (46 per cent) of landlords that offer short-term lets do so to enjoy more flexibility in how they use their property. The assault on the private rented sector over recent years and the burdensome regulations in the long-term letting market was cited by two-fifths (38 per cent). Over a quarter (27 per cent) were encouraged to move to short-term lets because they thought they could achieve higher rents.

One in 10 landlords (10 per cent) are likely to consider a switch to short-term lets, which will have a significant impact on the country’s already stretched housing supply. Landlords with more than five properties in their portfolio are considerably more likely to reduce their offering of long-term lets and replace with the short-term letting model.

Based on the number of landlords considering a move to short-term lets, up to 230,000 properties could be left unavailable for tenants if landlords who said they were ‘very likely’ to move to offering short-term lets were to do so. If this included landlords who stated they were ‘fairly likely’ to make the move, the number of properties rises to 470,000, which is a huge concern, particularly for vulnerable or low-income tenants, who are reliant on the private rented sector.

Our recommendations to limit the impact of short-term lets on the private rented sector:

The impact of short-term lets.pdf 494 KB