Liana Loporto-Browne and Maxine Fothergill have been officially announced to assume their roles as Presidents for NAEA Propertymark and ARLA Propertymark. 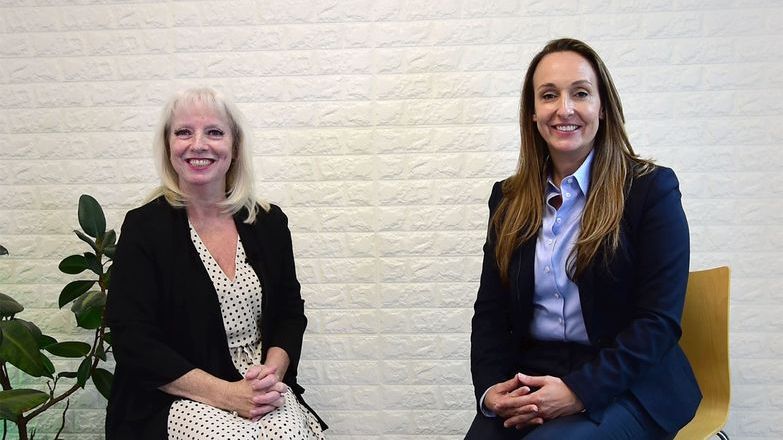 Alongside the official appointment of Liana and Maxine today, 30 June, and after a rigorous selection process, new Vice Presidents were also announced.

All of the Propertymark Board, alongside the staff at Propertymark HQ are really looking forward to working with both Maxine and Liana in order to drive Propertymark further forward and deliver more to our members. Congratulations to not only Liana and Maxine but to David, Stephen, Michael and Angharad on their newly appointed positions within the team.

With the vast amount of change in legislation across the UK, Liana’s and Maxine’s combined 58 years’ industry experience will provide Propertymark with valuable insight and help take Propertymark forward by becoming an additional arm to help deliver its strategy.

Liana has been in the industry for just under 25 years after starting her career at 19-years-old in Malta where she worked for ten years. She then moved to London, where she joined a corporate company before moving to an independent firm where she stayed for 13 years. In the middle of the COVID-19 pandemic, Liana started up her own agency, Liana Loporto Property.

Maxine started her career in the industry in 1988 for Robinson and Jackson in their flagship Bexley Branch and then started her own business known as Amax Estates and Property Services in Gravesend in early 2002.

I’m really pleased to now be assuming the role as President for NAEA Propertymark, I’ve waited what seems to be an eternity given the COVID-19 pandemic taking hold. I’m passionate about mental health in the industry and can’t wait to support anything that we can do to help, by raising money and awareness. As President I will use my voice within the Propertymark platform, to champion professionalism in our industry, to our members, to agents that are not yet members and to our customers across the UK.

I genuinely believe that Propertymark is unrivalled when it comes to training, and with the introduction of the Regulation of Property Agents (RoPA) on the horizon, I really want to see us supporting existing members through Propertymark Qualifications as a well as attracting new members who want to be qualified and regulated agents.

I am honoured to take on my role of President for ARLA Propertymark. In my presidential year, my main aim is to raise the profile of ARLA Propertymark and focus on the importance of succession planning. It is my intention to reach out to as many younger people as possible via all forms of media. I want to encourage greater numbers to join the industry and see it as a valuable and worthwhile career through sharing my experience of how fantastic, exciting, and ultimately rewarding the industry is.

My plans are a perfect fit, they will compliment Propertymark’s strategy and form an integral part of a progressive and forward-thinking organisation.

Angharad, a member of NAEA Propertymark too, is Managing Director of CGT Lettings & CGT Sales, which is based in Gloucestershire. She is also an ARLA Propertymark Regional Executive and Board Member and a previous winner of the Rising Star Award at Negotiator Awards 2018 and shortlisted in the top 100 most Inspirational Women in the West Awards 2019.

I’m really proud to be appointed as the ARLA Propertymark Vice President and look forward to getting started with helping the presidential team achieve our strategic aims. It’s the culmination of many years hard work for me, I’m so passionate about helping the organisation and delighted to be able to bring my expertise to the role.

I am honoured and proud to have been elected as the vice president of NAEA Propertymark by our membership. Thank you. It’s been a difficult year or so with this pandemic but we are moving through this now and I'm really looking forward to working with our team to support, develop and expand Propertymark for the benefit of all of our members, staff and customers.

A string of digital revamps and investments are in motion in response to the pandemic, proving Propertymark CEO, Nathan Emerson’s commitment to give more back to members.