As National Home Improvement Month begins, NAEA Propertymark reveals UK homeowners have spent a total of £48 billion doing up their homes over the last five years – an average of £8,000 each. 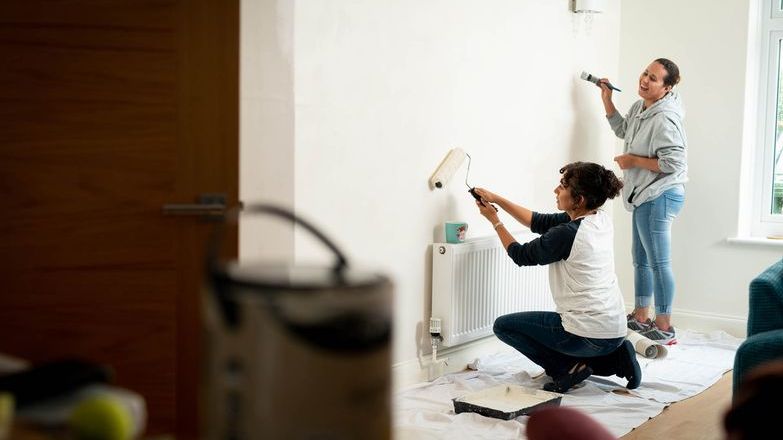 With growing house prices making it difficult for many to move up the ladder, 98 per cent of homeowners have made improvements to their properties over the last five years. The most popular changes are redecorating (72 per cent), adding new flooring (42 per cent), landscaping the garden (40 per cent), and a bathroom refresh (34 per cent).

The cost of home improvements

One in 14 (seven per cent) homeowners who have made improvements did so because the cost of moving was too high. However, home improvements don’t come cheap; a new kitchen costs a fixer upper £5,635 on average, installing a conservatory to open the living space costs £4,957 and building a garage comes with an average price tag of £4,526.

The majority (55 per cent) of those who made home improvements did so to improve the look of their home and a quarter (23 per cent) thought doing up their property would be a good investment and add value. A further one in five (19 per cent) bought a fixer upper on purpose, with the intention of making improvements, whereas one in eight (12 per cent) wanted to create more space.

However, the rising cost of living means not everyone can undertake the improvements they want to make immediately. More than a third (37 per cent) of UK homeowners want to redecorate in the future, and a quarter (27 per cent) hope to add a new kitchen. Some have more zealous aspirations in mind; four per cent want to build a home-gym and three per cent plan to install a swimming pool.

Homeowners are renovating and improving their properties for various reasons. Our needs are constantly changing and by investing money into our homes, we can really make the most of what we’ve got. Alternatively, improvements can add value and saleability to a home that’s going onto the market.

If you’re making improvements to add value to your home, it’s important to not over-personalise the décor so it appeals to future buyers; they need to be able to see themselves living in your home. If you’re looking to sell, a Propertymark Protected agent will be able to guide you through the process and help ensure your property ticks all the right boxes for potential buyers.

NAEA Propertymark’s 10 top home improvement tips to increase the value of your home:

Redecorating is the most popular home improvement; for a relatively low cost, you can give your home a lick of paint and do some general upkeep. Fresh paint in modern colours can go a long way to giving your home a new lease of life.

Potential buyers often put a lot of their focus on the look and feel of a kitchen, and it may be the first thing they look to replace if they’re not satisfied with what is already installed. Painting units or replacing cupboard handles or doors are a cost-effective way of giving your kitchen a noticeable refresh without spending too much money.

3. Adding or updating a bathroom

In the bathroom, replacing tiles and re-grouting, eliminating all lime scale and replacing taps are all options worth considering. Bathrooms need to be fresh and clean, so make sure the walls are a neutral shade, and ideally replace a shower curtain with a new one or a simple glass screen. Pinterest is a great platform to find ideas and inspiration.

A tidy and well-designed garden is an attractive selling point for any property. Before any viewings, trim the borders, clear the pathways and cut back any overgrown trees or bushes.

Double glazing is an essential for many house hunters; it will keep the home warm and keep the noise out, even if it’s near a main road.

Open living space is hugely popular, particularly for the kitchen and dining room. Combining the two into one large room creates a great sociable space and is perfect for families. However, it’s important to remember that many homeowners still enjoy the ‘front room philosophy’ that can be used for special occasions or for privacy by the adults.

The front of your home can say a lot about the rest of the house to viewers seeing it for the first time. By replacing or sprucing up the front door, you will give potential buyers a great first impression.

A loft conversion is a more expensive improvement, yet it offers a great return on investment. Most lofts can be easily converted and expanding the house upwards offers homeowners an extra bedroom for growing families, or space for extra storage.

In some areas of the country, the ability to park close to your front door comes at a huge premium and therefore, if you have the room to add off-street parking, you are sure to increase value.

Of course, your house should be decorated to your taste, but if you’re considering selling and want it to appeal to a range of buyers then it’s important to avoid anything over-personal, such as bold or bright colours which might be a turn off.

On 28 July 2021, the UK Government published its National Disability Strategy, which sets out the their vision to improve the everyday lives of disabled people.