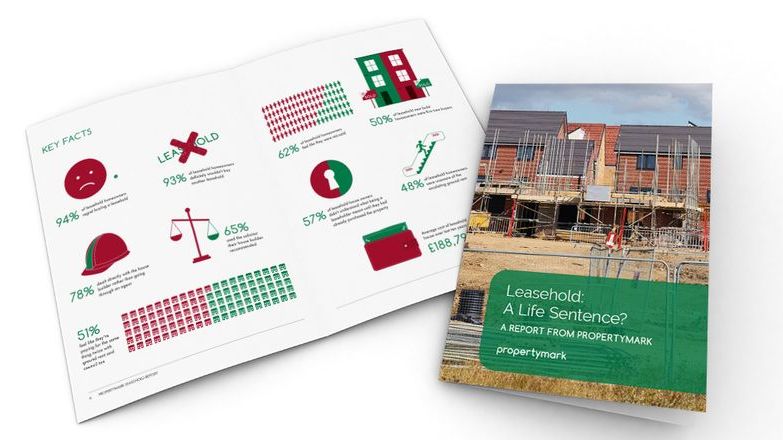 Since its release in September 2018, our research has received coverage with many major news providers and has been quoted in Parliament during debates.

We found that 62 per cent of respondents felt they were mis-sold their leasehold property and 93 per cent wouldn’t purchase another leasehold property. They now find themselves facing escalating ground rent, extortionate fees for making cosmetic alternations (such as changing their front door) and unable to sell.

In May 2019, the Competition and Markets Authority (CMA) announced it would investigate whether leasehold properties have been mis-sold.

Our analysis revealed that 78 per cent of leasehold house owners bought their home directly from a developer, rather than going through an estate agent. And it seems these developers have been targeting the most vulnerable, as 50 per cent of those who purchased a leasehold house in the last ten years were first-time buyers.

Additionally, more than half (57 per cent) didn’t understand what being a ‘leaseholder’ meant until they had already purchased the property, and 48 per cent were unaware of the escalating ground rent until it was too late.

When it came to completing the purchase, 65 per cent used the solicitor their house builder recommended who failed to tell 15 per cent that they weren’t buying the freehold—they had to find it in the contract themselves. As a result, two thirds (62 per cent) feel like they were mis-sold, while the majority (94 per cent) regret buying a leasehold.

Living in a leasehold house

In some leasehold agreements, the freehold stipulates that homeowners must seek permission to make cosmetic alterations, with one in ten (10 per cent) having faced a charge for doing so.

On average, freeholders charged homeowners £1,422 to enquire about installing double glazing, £887 to change the kitchen units, and £689 to replace the flooring. Some even faced charges for the pleasure of changing the blinds (£526), and installing a new front door (£410).

In a leasehold flat or apartment, the service charge may cover maintenance of communal hallways, cleaning, and fixing things like guttering, roofs or building management. However, in leasehold houses the service charge will usually cover the maintenance of communal outdoor areas. More than half (51 per cent) of those living in leasehold houses therefore feel that alongside council tax, they’re paying for same thing twice.

Of those currently trying to sell their home, a third (31 per cent) are struggling to attract a buyer because they don’t own the freehold, and a quarter (25 per cent) have had interest from house hunters, but who were deterred when they found out the property was being sold as leasehold.

As a result, one in five (18 per cent) have actively tried to buy the freehold to make their property more attractive to prospective buyers, while 41 per cent are thinking about doing it.

Most consumers are completely unaware that buying a new build directly through a developer leaves them vulnerable and without protection, whereas buying through an estate agent at least means they will be covered by the Estate Agents Act 1979.

Common practices by housing developers like referring buyers to the developer’s solicitor with ‘preferential rates’; producing jargon-filled and complicated contracts; and disguising homes as ‘virtual freehold’ have now affected too many homeowners.

What’s worse, when a sale has completed, lots of developers pass the buck and sell the freehold to third parties within two or three years, which means the terms in the contracts homeowners sold change once they’re locked in and they’re completely at the mercy of the freeholder.

It’s good progress that there are now restrictions on selling houses as leasehold, but clearly this does not help those who are already trapped in a leasehold home.

We asked those affected what they would like to see from the industry to help them tackle the issue. Many want to be able to buy their freehold ‘at a fair price’, while some suggested that the industry should ‘support an investigation into unreasonable or unlawful sales’.

Others want to see the end of service charges or help towards their legal costs. Ultimately though, the majority want to ‘render any existing leaseholds null and void’.

Almost all of the homeowners we surveyed (93 per cent) say they wouldn’t advise that their friends or family buy a leasehold home. It’s time we listened to this and sought a robust solution for all those affected, unable to sell their homes and caught in a leasehold storm.