During lockdown, an increasing number of people were required to use video as part of their hiring processes as an alternative to face-to-face interviews. 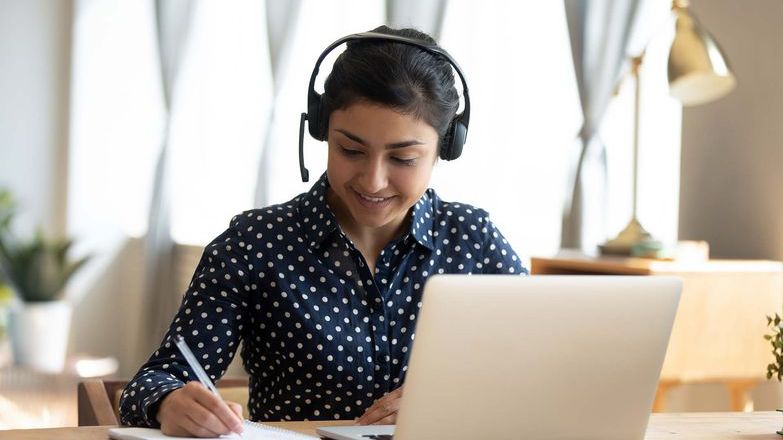 Due to the pandemic, video has been incorporated into the hiring process in many ways and can act as a quick way to build common ground.

The new, method of hybrid working has encouraged a number of applicants and recruiters to use video as part of their hiring process.

The pandemic pushed applicants to submit video CVs and video cover letters as a way to stand out in the crowd — particularly at a time when many employers were struggling.

Even as the nation continues to recover, many businesses have chosen to continue some of their new recruitment methods, for example keeping virtual meetings as another layer to the overall recruitment process.

From the results of a recent Propertymark straw poll, it seems agents still prefer keeping things traditional as 54 per cent of those who took part believed a written CV is better.

Where video resumes may help bring down barriers to employment for people who are affected by specific learning difficulties, such as dyslexia, there are concerns that the approach may work as a disadvantage for other protected characteristics.

With Rishi Sunak extending cash incentives for hiring new apprentices as part of a £500 million jobs support package, bonuses of £3,000 per apprentice hired by a business will now continue until 31 January 2022.

During the time that the apprenticeship incentive was increased to £3,000 for employers, Propertymark Qualifications saw the number of estate agent apprentices registering for their qualifications quadruple compared to the previous year.

Now that the chancellor, Rishi Sunak, has announced an extension to the funding which will remain available until January 2022, we’re excited to see more young blood entering the property sector which in turn will help it continue to flourish and provide youngsters with the stepping stones to enter the exciting world of estate and letting agency.

The Junior Estate Agent Apprenticeship Standard can ensure that your business has a more consistent calibre of entry-level staff. Find out how you can benefit from hiring an apprentice.

Propertymark Qualifications is set to host its largest awards ceremony, welcoming more learners than ever before, to celebrate achievement and talent within the industry.

Jan Hÿtch, Residential and Operations Partner from Arnold Keys and Katie Griffin, Director from Sawdye and Harris will help to pave the way for future learning and accreditation.

Are you an award-winning professional?

Nominations for the Propertymark Qualifications’ Awards Ceremony have opened today, 21 July 2022. The Awards celebrate the very best of our sector by putting a spotlight on learners who are working towards or have achieved their certification to a high standard. There are also awards for those who have overcome adversity during their studies or demonstrated their potential to lead and create a positive future for the sector.

Past President awarded for work with apprentices

Amax Estate & Property Services has received an award from DWP for the work they do to introduce young people to the property profession through apprenticeships and training plus recognition of the many young people they have helped.